I'm starting to get questions about how to wire tonearms fully-balanced for use with the Flat Phono Preamp.

A picture is worth a thousand words. 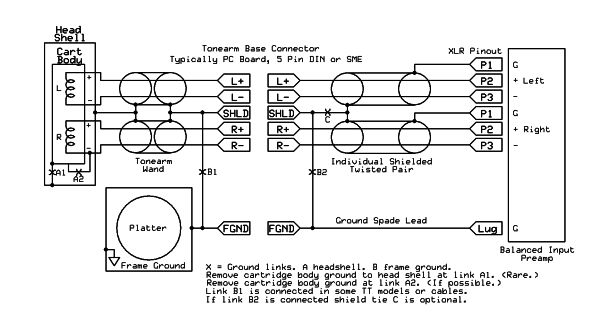 Lots of folks have Technics SL-1200s and it turns out that modifying them for balanced tone arm wiring looks to be pretty simple. 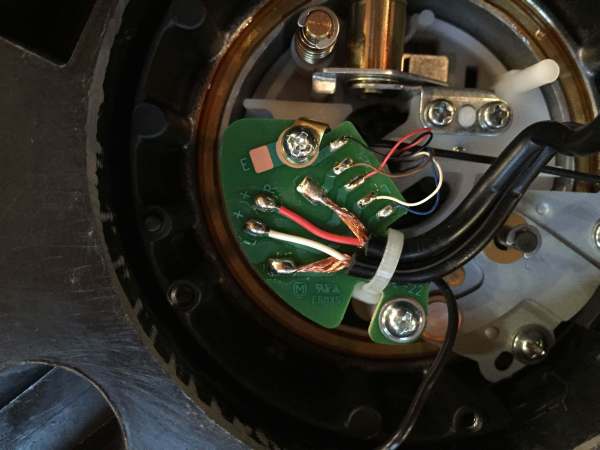 There are 5 wires from the arm. The top black one grounds the wand.
The four cart leads float unless one of them is grounded by the cart itself.
(The cart's grounding clip should be removed if there is continuity to the headshell.)

Point "E" is where the TT frame ground, the wand ground, and spade lug wire meet.
A long screw is installed at "E" to carry ground to the arm base and maintain a grounded arm bearing.

The RCA leads can be replaced with individual shielded twisted pair.
The STP can be wired to the cart leads on the PC pads with the shields taken to point "E."
https://ka-electronics.com

mediatechnology wrote:I'm starting to get questions about how to wire tonearms fully-balanced for use with the Flat Phono Preamp.

A picture is worth a thousand words.

Sorry for the late comment but perhaps ground strap B1 and B2 could be small caps, as long as there is a low Z connection to ground inside the preamp. ?

Sorry for the late comment but perhaps ground strap B1 and B2 could be small caps, as long as there is a low Z connection to ground inside the preamp. ?

Thanks for the input.
They could.
B1 is often internal to the arm base but it's easy enough to change if someone is willing to do it.
I think most of us are pretty timid about doing anything on the underside.
I was.

The SL-1200 for example has the motor/frame ground, the spade lug, the wand ground and the bearing ground all meet at a PCB terminal and screw labeled "E."
One of the black wires (B1) in the pic could be removed from "E" and have a cap wired in series.
(Not sure which one it is.)

My SP-15 is wired with B1 and B2 open.
The platter is isolated from the arm.
"C" is tied so the shield is continued through the bearing and whatever internally shields the carbon fiber wand.
FGND separately carries the platter's return current to the preamp.

I'm curious to see how high an impedance I can put in series with FGND.
That would give me an idea of the platter leakage current which I bet is pretty low owing to it being AC-powered on a 2 wire cord.

I found however that once a fully-floating connection is established with shielded twisted pair, the balanced input pretty tolerant of both hum, buzz and RF.
https://ka-electronics.com

The platter (via its bearing) should really be connected to the cartridge case / pickup arm.

The stylus on vinyl generates static electricity which needs to be leaked away if it's not to generate a click sometime when it discharges. The stylus should be connected to the cartridge case for this. Not all cartridge makers were aware of this. Shure and B&O cartridges had a hair thin earth wire connected to the stylus. My favourite ADC cartridges didn't.

Then some turntables used a PTFE thrust pad and PTFE sleeve bearings which made it impossible to earth the platter. The Thorens turntables were OK and I think the AR.

Sheesh! All this 30+ yr old trivia coming out of the woodwork

The platter (via its bearing) should really be connected to the cartridge case / pickup arm.

Well it is grounded via FGND or B1.
FGND and/or B1 are indeed the static drain.
Static electricity does make the case for having a galvanic connection and not having a capacitor for B1.

What I meant by float is that without B1 or FGND there is no other galvanic connection because the plinth is usually plastic, wood, MDF or something non conductive.
The SP15 was never built with B1.
The SP-15 has its own lug for platter ground.
The platter ground is completely and totally separate from the arm unless an external drain line (which I have) is used. 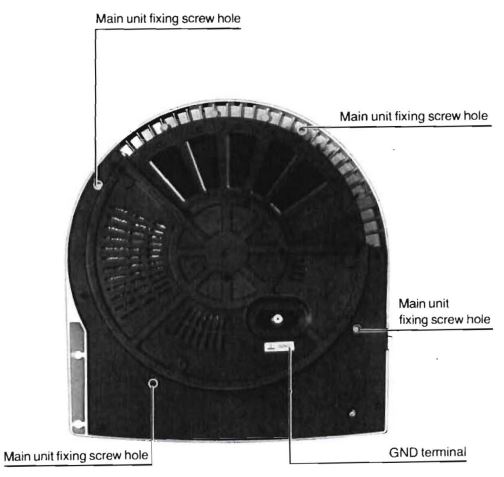 Thought I would write a new post now that I've had some time with Wayne's phono transfer system. It has really been terrific. I'm SOOO glad I stumbled upon it on eBay and then reached out to Wayne to get the ball rolling. He's been incredibly helpful throughout the ENTIRE process of getting me up and running.

And now that I'm up and running, the setup sounds terrific. Doing RIAA correction digitally is GREAT and I highly recommend folks to try it out. Playback at 24/96 or 24/192 is so incredibly transparent, I don't feel like this is any less of an analog experience. Plus, the ability to use VSTs to do real-time de-clicking is a god-send if you have crappy vinyl that you want to listen to NOW.

Anyway, if folks have questions - please post them! I've run some of my friends through my set up but their eyes generally glaze over...so its not that much fun for me to discuss with them.

Thank you so much, Wayne!!!

Thanks for the update Jim!

Is it quieter than what you had?
https://ka-electronics.com

Is it quieter than what you had?

Thanks for bringing this up, Wayne, as I completely forgot to mention this point. And its a big one.... this thing is QUIET! Way quieter than my previous (non-balanced) setup, which was RCA->8ft TRS cables into the instrument inputs on my Impact Twin.

Now I run the balanced output of the Phone Transfer System via 10ft XLR to TRS cables into the line input of the Impact Twin. It is very much silent!

Here's a recent build I did for Adam Gonsalvez over at Telegraph Mastering. Unbalanced input, switchable MM/MC, variable input impedance for MC, variable capacitive load, variable gain in 3dB steps, and +/-1.5dB L/R trim. The raw stereo gain goes from 27dB to 52dB, and with the trim the full range is 26.5 - 53.5. The MC transformer is wired for +18dB (1:8), so the MC range is 45 - 70. Noise specs are below. The cartridge load is my cheapo Audio Technica AT-LP60.