They Walk Among Us

Relax in southern comfort on the east bank of the Mississippi. You're just around the corner from Beale Street and Sun Records. Watch the ducks, throw back a few and tell us what's on your mind.
Post Reply
69 posts

Man, you sure are paranoid. There are still plenty of guns in NZ. But we dont make a habit of slaughtering our kids, as Americans seem to do.
Top

I'm not paranoid at all but I am aware.
I happen to believe people who say they want to kill me through population reduction.
I'm better off believing them and taking them at their word.
I'd like to be wrong but they're quite clear with their intentions.


But we dont make a habit of slaughtering our kids, as Americans seem to do.

Are you talking about Planned Parenthood and 70 million abortions? I'd call 70 million deaths a "habit."
So you are correct. We slaughter our children. Some, like in Virginia, get slaughtered for their organs after they're born.
Just like China only on a smaller scale.

Or do you mean slaughtering them "soft-kill" with vaccinations? America is guilty as charged.

School shootings perhaps - is that what you're talking about?
Are you aware of the role of Big Pharma in mass shootings? https://www.ssristories.net/school-shootings/
America is guilty there too.

Do you understand the role of false flags? A passage from William Cooper's "Behold A Pale Horse," 1991.
The Hegelian Dialectic in action. Guilty as charged. 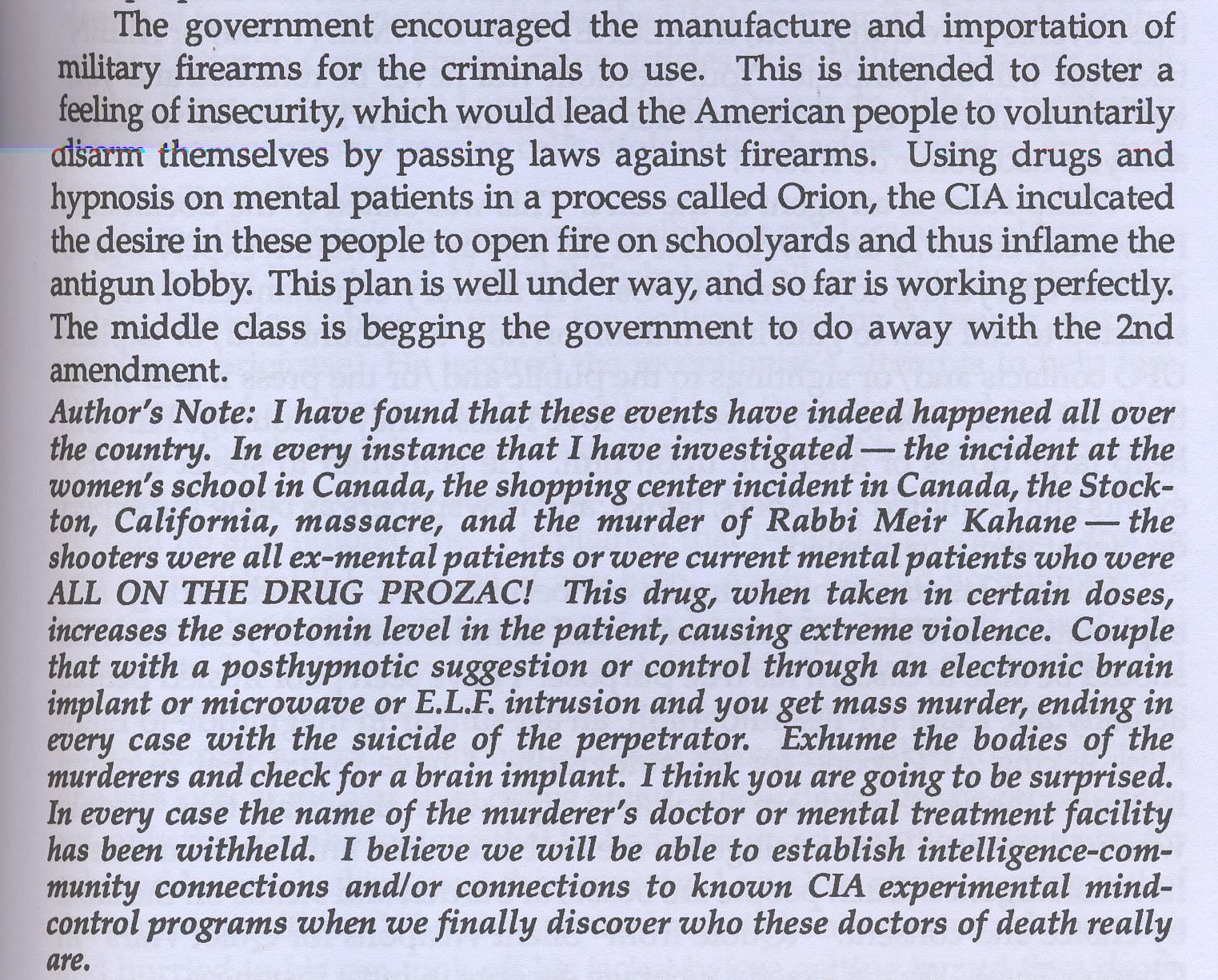 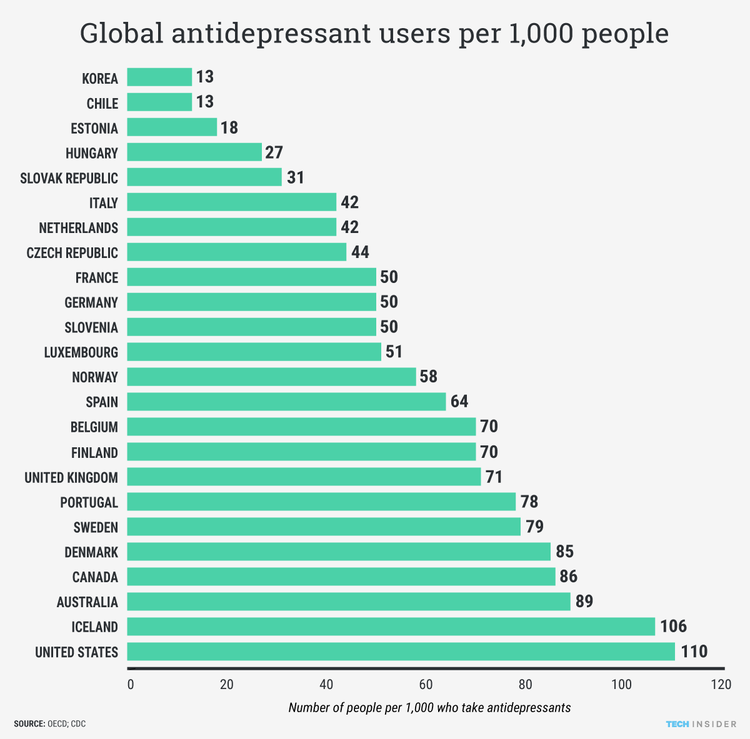 Radardoug wrote: ↑
Tue Dec 31, 2019 9:34 pm
Man, you sure are paranoid. There are still plenty of guns in NZ. But we dont make a habit of slaughtering our kids, as Americans seem to do.

Don't believe that the news reports you see represent our normal... news is rewarded for being as shocking as possible.

I am optimistic that things are not as bad as either of you suggest.

Have a happy new year, and many more after that.

I am hopeful for the New Year as well.

I think we're seeing a world-wide spiritual and political awakening which rejects evil and repudiates the UN, EU and Chinese push for a one world totalitarian government.
https://ka-electronics.com

You might want to watch this video of your man Donald lying about his own father!
https://www.youtube.com/watch?v=0trtsmbWm4k
Top

My father is Scotish. He was born in Texas.

I must be over a very sensitive target here.

I talk about pedophiles and there's this attempt to change the subject. How interesting...
https://ka-electronics.com

In the interest of balance and fairness Paul Joseph Watson describes a second "pervy" thing Trump has said.

"He [Trump] would date his own daughter."

I do not know the context in which he said it.
It could range from a Daddy-Daughter dance in grade school or her Dad taking her to a restaurant as pre-teen to show her how gentlemen are supposed to treat her or it could be incestuous lust.
Maybe it was preceded by if "I weren't her Dad and were her age this would be the kind of woman I'd be attracted to."
The possibilities range the full spectrum from innocent to perv.

Trump doesn't have this on-camera problem with his hands.
Joe Biden does.
It may just be that the "request" to stop groping children might turn out to be a good political strategy and good advice.
It doesn't help him. Just sayin'.

The video is a Biden compilation.
Jump directly to 8:30 if you're a reflexive Trump hater and want to give evidence of pedophila a pass or somehow want to defend it or if you're just in a hurry...https://youtu.be/KQ-YjGmpO4Q

As a parent watching Biden's repeated touching of children in inappropriate ways makes my skin crawl.

I don't and will not defend Trump - he's capable of that himself.

I consider Trump's statement about what he said about his daughter, as reported by PJW, more relevant on-point and on-topic than what he has said about his father's birthplace which may be nothing more than a mis-statement "gotcha" conflated to "lying" which is an intentional misrepresentation of fact in order to deceive. This is something the media reporting him do religiously. Pot, kettle.

This thread is about "The scourge of sexual exploitation of children."

If you want to deflect and change the subject I have to ask the question: "Why?"


The scourge of sexual exploitation of children has reached “epidemic” levels in the United Kingdom, as nearly 19,000 children were sexually groomed over the past year. Local authorities have reported over 18,700 suspected victims of child sexual exploitation at the hands of grooming gangs between 2018-19, more than five times higher than the 3,300 reported cases just five years ago. Sammy Woodhouse, a victim of the Rotherham rapist Arshid Hussain, said that the authorities have not implemented meaningful changes in combatting the crisis.

“You hear this bullshit line, ‘lessons have been learned’, but they haven’t learned anything”, she told The Independent.

Sorry, wasn't trying to do a topic swerve. I agree with you that pedophilia is a crime and should be rooted out. But looking from here, the Washington swamp really is a swamp.
Top

But looking from here, the Washington swamp really is a swamp.

I agree fully.
Washington and pedophilia are like peas and carrots.
I admit its hard to discuss one without veering into the other.
https://ka-electronics.com

CDC: "For 6% of the deaths, COVID-19 was the only cause mentioned. For deaths with conditions or causes in addition to COVID-19, on average, there were 2.6 additional conditions or causes per death." https://www.cdc.gov/nchs/nvss/vsrr/covi ... /index.htm
Top
Post Reply
69 posts