They Walk Among Us

Relax in southern comfort on the east bank of the Mississippi. You're just around the corner from Beale Street and Sun Records. Watch the ducks, throw back a few and tell us what's on your mind.
Post Reply
69 posts

mediatechnology wrote: ↑
Thu Jul 02, 2020 3:37 pm
Some are postulating that SDNY US Attorney Berman was fired because he had been sheltering Ms. Maxwell.

No more trips to the In and Out Burger for her...

He was more likely out of favor for investigating POTUS and family.

We need to start the suicide watch for Maxwell, she has the dope on too many rich and powerful people.

Maxwell's arrest was ordered by acting SDNY US Attorney Audrey Strauss.
She'd been hiding out in NH; former US Attorney Berman could have ordered it but didn't.
There's more than meets the eye WRT Berman's firing than what the MSM will report.
https://ka-electronics.com

in NYC wannabe politicians try to make their bones with high profile prosecutions,,,

perhaps why they are so focussed on POTUS.

Not clear wether this is pedophilia.
Looks more like drug business related. Gangs that rule by terror.
I think these arrests are the result of police in Europe that cracked encrypted communications used by criminals on private networks.
Too bad, criminals are aware of it.
Top

Could be, and probably is, drug-related.

It's becoming clear that dental chairs are not always used in dentistry...
https://ka-electronics.com


“Is it possible Wayfair involved in Human trafficking with their WFX Utility collection? Or are these just extremely overpriced cabinets?” she asked. Amateur sleuths combing Wayfair’s site immediately found oddities well beyond the cabinets section, including absurdly-priced throw pillows and “one of a kind” rugs that also appeared to share the names of missing children.

The rumors quickly spiraled out of control on social media, with some confused users claiming Wayfair was actually shipping trafficked children inside the pricey cabinets – something absent from the original posting – while others suggested plugging the SKU numbers of the suspect merchandise into a search engine would turn up photos of the child “for sale” under a particular product name. Still others observed Wayfair had started scrubbing its site of the “incriminating” material – surely an admission of guilt!

Despite a lack of any factual proof behind the disturbing allegations, the story got so much attention that Wayfair issued a statement denying them. A site spokeswoman told Fox Business the company had “temporarily removed the products” in order to “rename them and to provide a more in-depth description and photos” to justify the high prices. “There is, of course, no truth to these claims,” the statement read, calling the items “accurately-priced” and citing their “industrial grade” as the reason for the high dollar amounts. 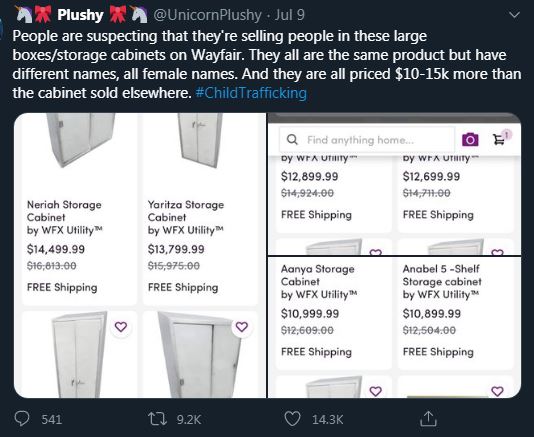 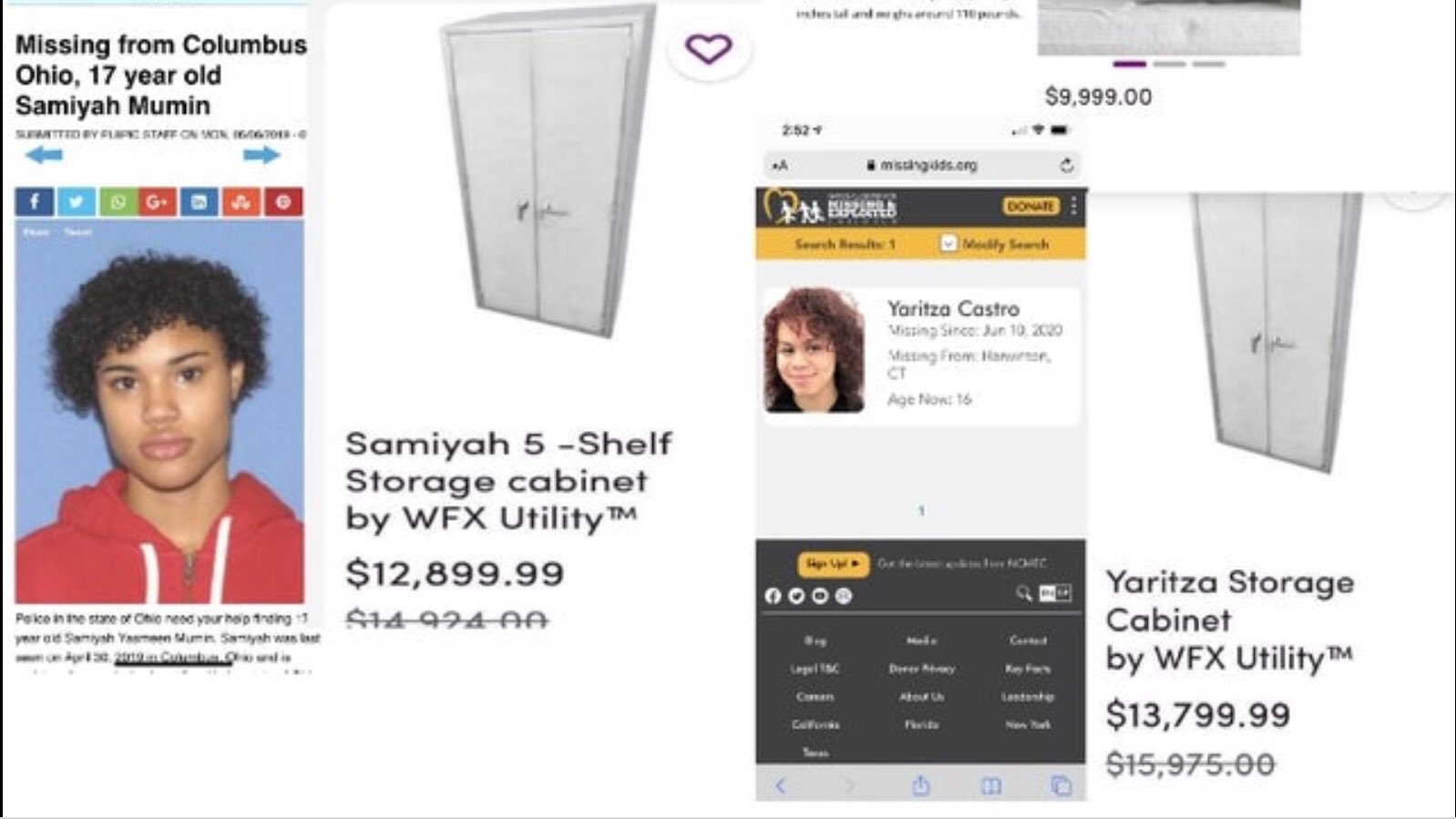 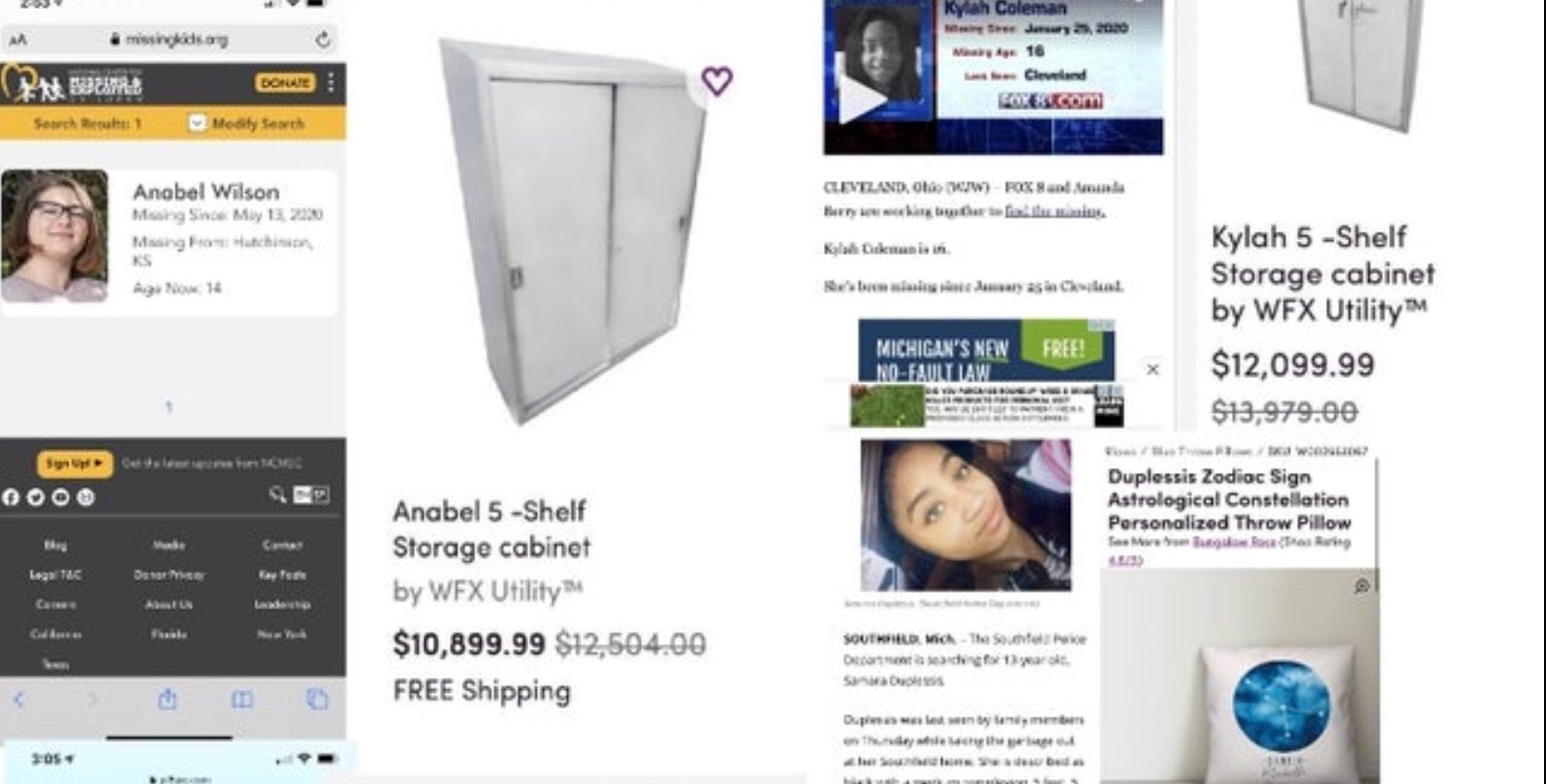 ebay had a huge problem with low-cost items being priced insanely high in order to launder money...overpriced cabinets and throw pillows is a way to setup a payment structure.

Though Wayfair trafficking children seems far-fetched it seems equally far-fetched (but true) that Laura Silsby who was convicted of trafficking Haitian children is now associated with Amber Alerts.

Wayfair could also be a distractionary psyop to draw attention away from real pedophile networks and discredit those investigating them.
https://ka-electronics.com 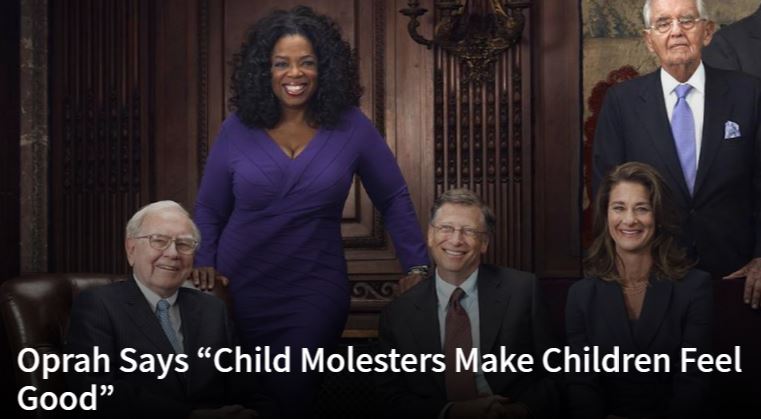 
Here’s the ugly truth: most Americans who are victims of sex trafficking come from our nation’s own foster care system. It’s a deeply broken system that leaves thousands vulnerable to pimps as children and grooms them for the illegal sex trade as young adults…Most people don’t know about our nation’s foster care to sex trafficking pipeline, but the facts are sobering. The National Center for Missing and Exploited Children (NCMEC) found that “of the more than 18,500 endangered runaways reported to NCMEC in 2016, one in six were likely victims of child sex trafficking. Of those, 86 percent were in the care of social services when they went missing.

The outcomes of law enforcement efforts against sex traffickers repeatedly support the NCMEC estimate. In a 2013 FBI 70-city nationwide raid, 60 percent of the victims came from foster care or group homes. In 2014, New York authorities estimated that 85 percent of sex trafficking victims were previously in the child welfare system.

CDC: "For 6% of the deaths, COVID-19 was the only cause mentioned. For deaths with conditions or causes in addition to COVID-19, on average, there were 2.6 additional conditions or causes per death." https://www.cdc.gov/nchs/nvss/vsrr/covi ... /index.htm
Top
Post Reply
69 posts