Google: Unifying the narrative of the oppressive New World Order.

I altered the schematic of the inverse RIAA to move the ultrasonic time constant to 3.3 us.
It's effect at 20 kHz turns out to be about 1/2 dB.
If the 100 pF Cfb is added the out-of-band ultrasonic HF rise is tamed further.
With both in circuit the 20 kHz drop is about 0.75 dB.

As a reality check I decided to check the Inverse RIAA feeding the RIAA playback EQ end-to-end.
I used a sine input.
Again they were ruler flat with the exception of the minor 20 kHz droop.

A picture is often worth a thousand words and time domain accuracy - square wave response - can speak volumes about frequency response.
Though we don't record square waves they can tell us a lot about the frequency domain in one quick glance.
If the Inverse RIAA and RIAA curves are precisely matched, then a square wave in should produce a square wave out.

RIAA pre-emphasis is a brutal thing.
The top trace is the input, the bottom trace the output from the Inverse RIAA filter.
To give you an idea of the dynamic range a pre-emphasized square wave generates, the input trace is 200 mV/div, the output trace is 5V/div.
Headroom is precious and to say that Inverse RIAA is a differentiator is an understatement. 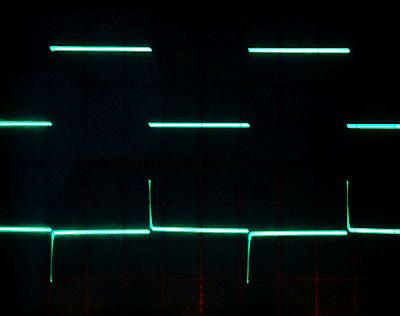 Output of an Inverse RIAA network driven by a 1 kHz square wave.

So what happens to waveform fidelity after RIAA de-emphasis?
Can this be put back together accurately?
Yes it can. 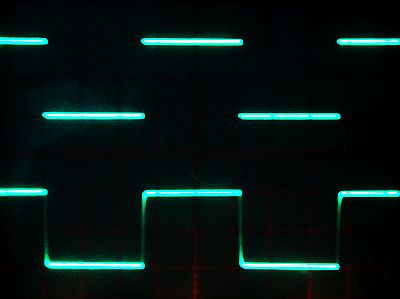 To provide absolute purist Inverse RIAA requires an op amp with almost infinite bandwidth.
Since we don't have those I'll accept the single pole rolloff and the 3/4 dB 20 kHz penalty.
Others might want a 2 pole pre-filter at 50 kHz.

While I didn't do this a lot you can run full range audio through the inverse RIAA and listen to it through an experimental RIAA playback path for quick reality check.


While I didn't do this a lot you can run full range audio through the inverse RIAA and listen to it through an experimental RIAA playback path for quick reality check.

I did eventually listen to the RIAA encoder-decoder end-to-end and really couldn't hear much difference A-B'ing.
I measured just under 40 degrees phase shift at 20 kHz end-to-end which is from the ultrasonic roll-off in the Inverse RIAA.
I got schematics of the Neumann SAB-74B and will publish them a little later on.
What they did was a 2 pole SK at 50 kHz ahead of the pre-emphasis.
They also had a linkable approx 20 kHz resonant peaking filter to bump the 20 kHz droop and perhaps provide some cutterhead correction.
The Neuamnn inverse RIAA isn't as accurate as this one.

I'm now putting the finishing touches on the flat front end preamp board's layout.
It's coming in at 3 x 4".

One of the things I wanted were jumpers for the input loading and configuration.
Some of the preamps I see with selectable loading start out at 47 pF, then 94 pf etc. etc.
I decided to use 3 100 pF caps in a series parallel arrangement to get 50, 100, 150 and 200 pF additional load.

The preamp jumpers are:

J5 is the input configuration: Balanced or RCA coaxial.
When balanced, the input load to ground (common mode) is 49.9K/leg.
When J5 is jumpered unbalanced the "-" input is grounded and the input resistance is 99.8K. (J4 open.)
FWIW I did try an InGenius-style bootstrapped configuration and it wasn't as quiet as a conventional low common mode impedance input.

There are two preamp gain trims for each channel.
J6 selects which gain adjustment pot is used.
This is for normal gain, typically 5 mV at 5 cm/s, and low gain for very hot, "+12 dB" dub plates.
Though it would likely not be quiet enough for MC inputs the jumper could also switch between MM and MC gains.
Someone using this mode often would likely make the jumpers a switch or relay.

I'll be sending boards out for a pre-production run next week and will start on the RIAA EQ/Monitor Switcher next.
https://ka-electronics.com

Didn't I send you one of my gold 4 pos dip switches from my cap loading board kit?

This is the latest schematic of the Flat Balanced Input/Balanced Output Moving Magnet Phono Preamp.
The preamp can be located remotely at the turntable and/or lathe.
Another potential application for this board is a cutter head feedback coil preamp.

I'll have boards to test in a couple of days.

The next step is the RIAA EQ/Monitor Switcher...


Didn't I send you one of my gold 4 pos dip switches from my cap loading board kit?

I remember the boards and will look for the DIP switches.
I decided to use jumpers on this one.
Thought I might be able to pack it tighter.
https://ka-electronics.com 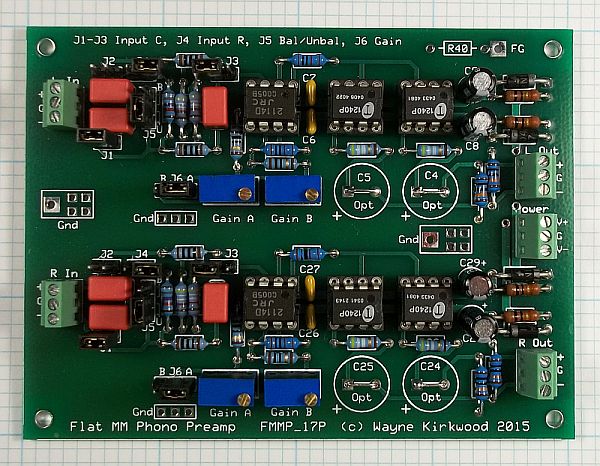 The initial run of four boards were virtually perfect.
The only thing I found to change was to slide the "Power" silkscreen over so the "P" doesn't land on a feethrough.

I split the gain stop resistors in the INA to reduce the potential reduction of HF CMR from pin capacitance with off-board gain switching.

I'm very happy with the NJM2114 dual op amps.
I have some JRC2068DD op amps coming in tomorrow to also try.
The "DD" "double-D" is the selected for low noise RIAA-weighted parts.
Now that this is off the protoboard I'll try more of the LME49720/LME49860.

If this board is to be used to directly drive a soundcard or A/D I would install C4/C5/C24/C25.
I left mine completely DC-coupled since the RIAA/Monitor switcher will have a 1 uF PP downstream film cap.
https://ka-electronics.com

It seems a little odd that this late in the life cycle of vinyl we can buy op amps selected for RIAA noise, while back in the day about the only dedicated parts designed for vinyl playback was National Semi's LM381/387 parts.

These are noise comparisons of using both channels.
This is the flat output of the preamp before RIAA EQ.

Noise comparison of the Left and Right Channels using NJM2114s in both channels.

Noise comparison of the Left and Right Channels. NJM2068 in Red, NJM2114 in Green

The NJM2068 had the lowest noise and was used as the basis for comparison.

Noise comparison of the Left and Right Channels. NJM2068 in Red, NJM5532 in Green

Noise comparison of the Left and Right Channels. NJM2068 in Red, MC33078 in Green 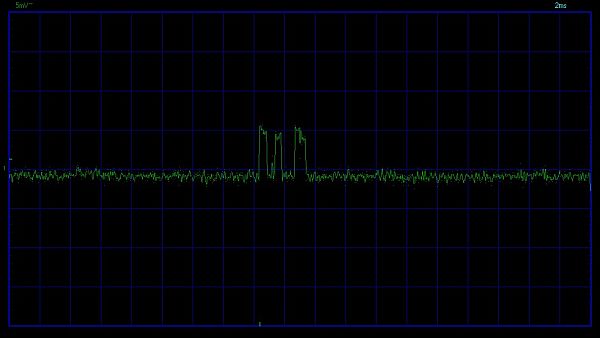 In between bursts the LME49720 performs quite well - as good as the NJM2068.
TI needs to get a handle on this - I'm not the only one that has found it.
https://ka-electronics.com

I am struck by how well the technology has evolved to make pretty noise floor plots. Could I get one of those systems delivered to my bench circa 1980?

That shot noise looks unacceptable for an audio path, unless those are silly cheap and can only be used at low closed loop gain. A few tens of microvolts will not be a huge issue in a unity gain buffer, but again better is always better. I hope it's only a process issue and not the underlying technology, but luckily for me I can let you guys sort that out.